You are here: Home / Departments / Lakewood Fire Department and EMS

Prior to the incorporation of the Village of Lakewood, there was a portion of  the lake shore area known as Beachwood. In the interest of public safety, local volunteers formed the Beachwood Bucket Brigade. Today’s Lakewood Fire Department grew from that strong tradition of neighbors committed to public service.

It was James Ward Packard of the Packard Motor Car Company who, together with a group of  fellow entrepreneurs, actually laid out the street plans and developed the village that became incorporated in 1893. At that point, “Beechwood” was dropped and the Lakewood Hose Company was formed. The hand drawn hose cart  below was THE piece of fire apparatus and was stored under the front porch of the local Odd Fellows Hall.

In 1915 everything changed when Mr. Packard donated a corner of  one of his orchards and  the fifteen hundred dollars required to build a new state of the art fire station for the newly formed Lakewood Hose Company. He also donated the 1915 Hallock Machine Company (Of Cleveland) Ford chemical fire truck which was the first motorized fire apparatus in Chautauqua County and is still the pride of our fleet. We went straight from hand-drawn to motorized without the use of horses. 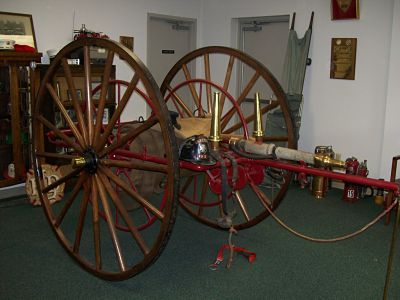 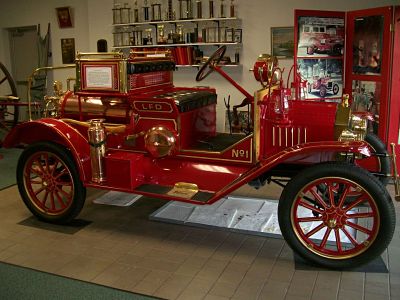